Our Comprehensive Guide to Purchasing a New Computer, Part IV 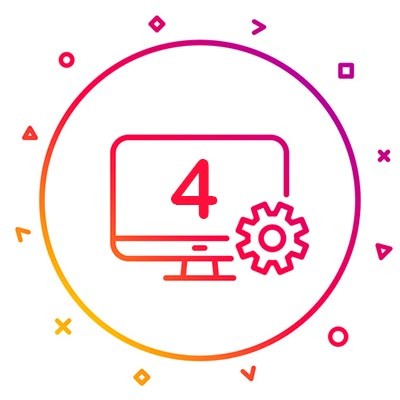 Your new desktop is nothing but show without a display to make use of it. Here are some of the major considerations you’ll need to think about when purchasing a new display for your device.

The Number of Monitors

If you have more than one monitor in your home PC, consider yourself in the minority. Most people don’t find out about this kind of glory until they’ve been placed into a work environment that requires it. In fact, depending on what your organization does, it might be a necessity to have more than one monitor for your workstation. If nothing else, it helps to improve productivity and cuts down on time wasted closing and opening applications, or moving them across the screen.

Most desktops will support multiple monitors out of the box, depending on the types of connectors that it comes with. Here are some of the common methods of connection that you’ll encounter on your desktop:

Budget desktops will demand that you have a solid understanding of the many ports of the device, as it would only cost you more money by purchasing monitors that aren’t compatible with it. Some types of devices will even need specific connectors and adapters.

Some devices need separate hardware to process video and graphics rather than having the functionality built into the motherboard. Most office PCs won’t need dedicated graphics, but they will certainly be helpful for those pursuing graphic design, video editing, and gaming. The price will start to increase, though, and a high-end graphics card can cost you anywhere between $500 to $1,500.

Most graphics card chipsets have multiple models, and since many companies like to sell their own brands of hardware, it can be a little intimidating to browse all of your options. You won’t have to worry about 3D rendering or video editing unless you’re building a machine that’s dedicated to that specific task, and at that point, you probably already know which graphics card is needed. For the most part, unless you’re using a computer for extremely specialized tasks, your desktop’s built-in hardware will more than suffice.

Do You Need Monitors for Your Desktops?

With so many options available to you, it might seem overwhelming; however, two of the key factors in making this decision are going to come in the resolution and refresh rate. Here are some key factors to consider for both:

Catharsis Managed IT Ltd can help you make the best decisions regarding your display needs. To learn more, reach out to us at (416) 865-3376.