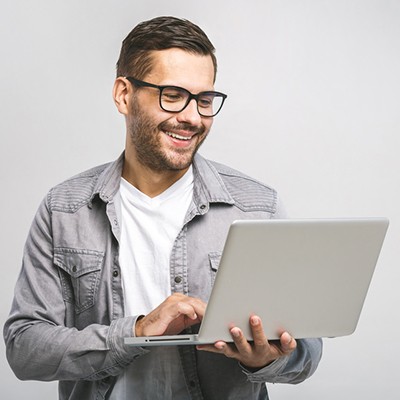 Chromebooks are becoming more and more popular with the general technology user, and for good reason. They have features that make them quite desirable for a lot of people, but also due to these features, they aren’t for everyone. This week’s Tech Term is the Chromebook, so let’s take a closer look at what they are and what they do.

Comparing Chromebooks to Conventional Laptops
Chromebooks are limited in comparison to their technologically-packed cousin, the workstation, but they are capable of most basic features that users would want out of a laptop. While they aren’t necessarily the same, you’ll notice that they are both similar and different at the same time. The most affected difference is the functionality of each device, so it’s important to ensure that you have a full understanding of your needs, before committing to the use of one device over the other.

Of course, there are other notable differences, so let’s get to it.

Operating System and Software Options
Your normal laptop will generally come with Windows or macOS installed on it. Very rarely will you ever see a Linux laptop. Chromebooks, on the other hand, come exclusively with the Chrome OS operating system, which is both a blessing and a curse, depending on your specific needs.

The Chrome OS offers limited functionality with third-party apps, so if this is what your organization needs, you’d better look elsewhere. However, the bare-bones Chrome OS requires a smaller financial investment on your organization’s part in comparison to Windows-laden machines, so if you require little more than Google applications and a browser, a Chromebook will likely fulfill this need quite nicely.

Storage Space
A laptop will come with plenty of storage space, but this space can affect its pricing and utility. Laptops generally use a solid state drive (SSD), which is quite stable compared to the normal hard disk drive. The Chromebook itself often has no on-board storage save for the small SSD that stores the operating system, any saved files located in the cloud. Thanks to this, you aren’t paying more for extra storage space on the device, ultimately leading to a short boot time that puts any traditional laptop to shame.

Comparable Prices
How much a device sets your business back is often a factor when looking for new technology, and this is where Chromebooks truly shine. A Chromebook has a much lower price point compared to a traditional laptop, which makes them ideal for businesses under the right conditions.

If you’re not sure which device provides the best return on investment for your organization, Catharsis Managed IT Ltd can help. To learn more, reach out to us at (416) 865-3376.

LinkedIn
PrevPreviousA Clean Office is a Successful Office
NextYou May Have a Backup, But Could it Be Better?Next