Technology Addiction is a Problem in Children and Adults 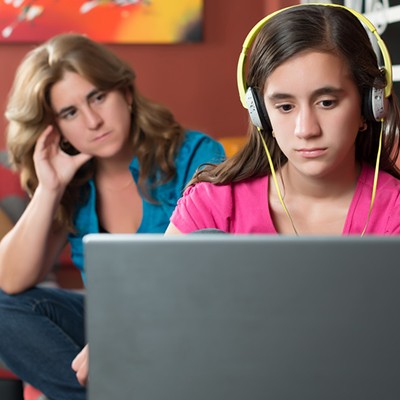 Technology has become so ingrained in society and the workplace that it can be difficult, borderline impossible, to consider a life without it. Hours on end are spent in front of computer screens during the workday, but even after hours in the comfort of your own home, you might notice that you have a hard time putting down your devices.

This is one of the symptoms of technology addiction, also commonly known as Internet addiction disorder (IAD). Even though the Diagnostic and Statistical manual of Mental Disorders (DSM) hasn’t necessarily labeled IAD as a problem yet, health professionals have been drawn to it since the early 1990s saw an increase in technology use–particularly in regards to the Internet and gaming.

Why is IAD a Problem?
Some of the most dangerous traits of today’s applications, such as autoplay, in-app purchases, and notifications, are ways to make it seem like the device is actively taking away the user’s self-control. Basically, these concepts are meant to give the illusion of choice, when in reality they are far too tempting to not take advantage of, whether for fear of inconvenience or missing out on something great.

There is a big difference between needing to use technology for work purposes and being addicted to devices on a personal level. Either way, it’s clear that this is an issue that transcends the age barrier, affecting both children and grown adults. A poll showcased that 66 percent of parents felt that their teens have been investing too much time on their mobile device–a believable statistic to say the least. However, this same poll measured that 54 percent of children believe that their own parents are checking their devices too often.

Symptoms of IAD
There are few warning signs indicating that IAD has begun to manifest in victims, with most of them being rooted in behavioral or mood changes. Users might check for incoming text messages or updates subconsciously without even realizing it, or they may check social media too often, so be sure to keep an eye out for these warning signs.

Those who suffer from IAD also tend to feel a sense of relief and euphoria from the use of technology. When they aren’t using it, they may feel restless or anxious. IAD victims also tend to suffer from social withdrawal or find no joy in social activities. Other times, they may find themselves simply bored with tasks that are unrelated to the device. Some schools have technology fasts that keep students from using their devices for extended periods of time. Some students even display physical symptoms of anxiety, such as shaking and sweating.

How to Cut Back on Addictive Tasks
Devices and applications these days tend to nurture dependence, even if they seem like they are being a huge help. However, you can take steps to make sure that your devices aren’t creating a problem through your habits. You can start by deactivating certain non-essential applications and notifications. If the information you’re receiving isn’t terribly important, you can turn them off so that your attention isn’t always being grabbed. If it’s a mobile game, you can bet that you don’t need it reminding you to take certain actions. Just mute them so that you can focus on what’s really important.

Many of these apps that spam you with notifications are the same ones that will constantly target users to make in-app purchases for something that they don’t want or need. This is particularly the case for free versions of apps, so if you want to use one, it’s more economical in the long run to simply pay for the application up-front.

Would (or could) you go for a week without your technology? Let us know in the comments.

LinkedIn
PrevPreviousTech Term: Routers, Defined
NextTip of the Week: 3 Pieces of Software that Read the Screen to the UserNext