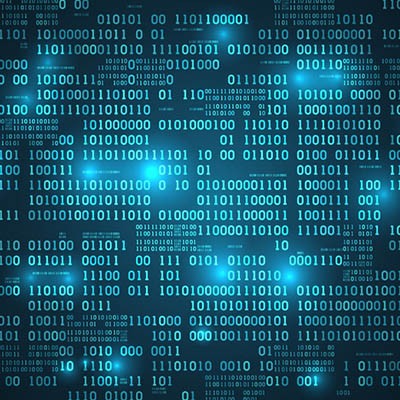 In business, everything is measured. Every minute is quantified in order to run the most profitable business possible. When measuring data the measurements you’ll most hear are in bits and bytes. Today, we’ll get into the various ways bits and bytes are used to describe the technology we all use.

When you go to buy a computer, some of the first information you’ll see are the size of the hard drive and the measure of random access memory (RAM). You’ll see numbers like 500GB or 2TB, and if you don’t know about computers, or more specifically, data, you would have trouble really understanding what those numbers mean.

The easiest way to begin to understand the measurements of data is to start with the bit; and the best way to think about the bit is as the smallest increment of data on a computer. Computers use binary (or base two) math which presents every would-be digit as a bit. Every bit can have a value of 0 or of 1, that’s it. Today’s computers generate bits through fluctuations of electric current that run through a computer’s components. These fluctuations in voltage into the ones and zeros that are used to transmit bits, process calculations, and relay data across your network.

The methods used of network message encoding include:

(Hopefully these bits are encrypted so others can’t interpret them without permission.)

The byte, then, is just simply a fixed-length sequence of bits. Today’s technology organizes data into bytes to improve speed and efficiency of data processing. Since bits are such a small data figure, a byte (being eight times larger) is often thought of as the base measure for data.

Furthermore, since the rate at which data travels through a computer network connection is typically measured in time, the units that are used are bits per second (bps). Today’s computing networks are capable of transmitting millions (or billions) of bits per second (called megabits{Mbps}/gigabits{Gbps}, respectively), and the speed in which data is transferred, from machine to machine, keeps growing as both file sizes, and computing components rely on and can handle more data.

This is why you’ve probably heard of gigabit network switches and other devices. If a device supports 1 Gbps, it can transfer a single gigabit per second. Depending on your network requirements, your business might need more for traffic to flow smoothly across the network. Everything else on your network from the cables to the routers and access points, to the PCs themselves could also play a role in the maximum speed of your overall network.

For most people, looking at the numbers in this way can be mightily confusing.

The best way is to give examples of where bits and bytes come into play in day-to-day computing. One example is that of an IP address. IP addresses in Internet Protocol (IP) consist of 32 bits (or four bytes). The IP address 192.168.1.1 has values of 192, 168, 1, and 1 for each of its bytes. The encoding of that IP address in bits looks like this:

Convert Bits to Bytes (and Beyond)
If you (for some reason) need to convert bit and byte, here is the conversion table:

So for consumers, when you purchase a hard drive that has 1 terabyte of data, it actually has about 8 trillion bits. Why do we use the term “about?” Hard drive manufacturers are assuming a rounded 1000 megabytes per gigabyte, while most computers use the 1,024 number. This means when you purchase a 1 terabyte hard drive, you’ll immediately notice about 35 gigs aren’t available. Plus, your operating system will require a small amount of space for the disk.

Computing isn’t magic, as it must sometimes seem to the layman. It is a structured system with very static rules. If you would like to learn more about computers, technology, and how it is deployed for business and personal use, look around our blog. We produce a lot of useful and interesting technology-based content that can help you understand the often-confusing technology world.