Tip of the Week: How to Speed Up a Computer 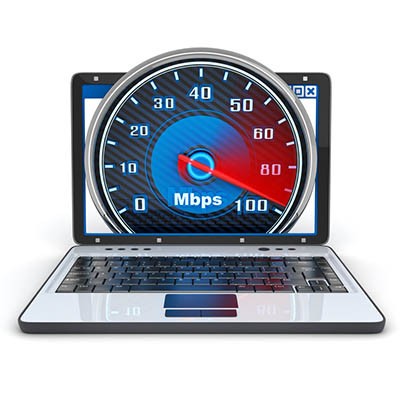 When a computer is new, it seems to blaze through tasks at unbelievable speeds… but this doesn’t seem to last very long at all. In short order, a computer seems to slow to an excruciating crawl. What makes this happen, and how can it be fixed? We’ll go over this below.

What Makes a Computer Slow Down
As many of us have learned the hard way, it can be remarkably difficult to find anything in a disorganized space. The same can be said of a computer. The less stuff that it has to deal with, the better it works. Stuff like clutter on desktops and in hard drives, caches that have built up, fragmented files, and a host of other factors only serve to slow down your system and stunt its capabilities.

Fortunately, this can be fixed.

How to Fix It
Tidy Up
As we said, as your computer accumulates junk files and programs, it has a harder and harder time operating as intended. Take the desktop, for instance. Any icons that are displayed have to be loaded and refreshed, putting a drain on the computer’s resources. In addition, there are often programs that run in the background that may be unneeded, pulling more resources away from what you are trying to do. Your IT resource should be able to help you reduce and consolidate the clutter on your workstations to boost their speeds.

Checking for Malware
If your computer has malware on it, it can create difficulties that go beyond whatever effect the malware is intended to have. Storing itself in the system memory, a piece of malware will drain critical system resources. This means that there aren’t enough resources left over for the processes you actually want to run. This is something else that can be remedied by your IT resource, potentially resulting in improved speeds.

Hardware Issues
Finally, your computer itself could have issues in its inner workings that hinder its speed. If your Random-Access Memory (or RAM) isn’t enough for the tasks you’re trying to perform, or some component is acting up, the entire system can suffer. The expertise that a professional brings can help you to identify the issue and repair it. This may require a simple switch of some component, or potentially replacing the entire computer if it has simply grown old and outdated,

Whatever your technology issue may be, Catharsis Managed IT Ltd can help. Give us a call at (416) 865-3376 for more assistance and check the rest of our blog for more helpful information.