Our Comprehensive Guide to Purchasing a New Computer, Part I 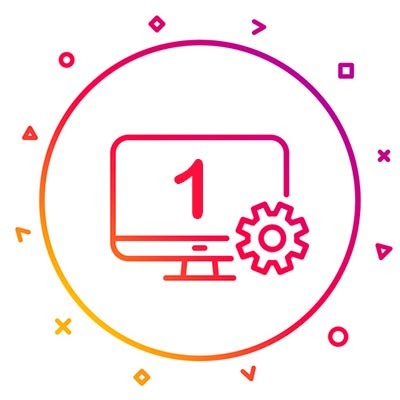 Most people and businesses rely on computers to get things done. When you are looking to buy a new PC for your home or office, you need to understand all the elements so that you can make an educated choice. To assist you along in this process we’ve put together a five-part guide that outlines the different variables you have to take into account when buying a PC that is right for your needs. In part one, we take a look at the CPU.

The best place to start isn’t with specifications, it is with purpose. What is the purpose of your new computer is going to play? Is it a workstation that is going to be a part of a network of computers or is it a personal device that you will use to edit audio and video? Once you ascertain what you need out of your PC, you can start looking at the components that make up the machine.

You’ll also want to determine if you need the ability to scale the machine. That is, your typical desktop computer created for office work can always be upgraded, but if you need high-end hardware, your best bet is to purchase it outright rather than trying to piece it together.

The CPU of a machine, or the processor, is one of the central components of a computer. It effectively controls how much a computer is capable of, and how fast it can do it. It also needs to function alongside a lot of the other core components of a machine. Let’s take a look at products from the two largest manufacturers of CPUs, Intel and AMD:

What Does GHz Matter?

At one time, the GHz of a processor would have been a core metric that someone would have to consider when choosing a processor. Today, the manufacturers’ tiering system simplifies they process substantially. The smaller number processors won’t provide the computational power that the larger ones will, enough said.

Does the Number of Cores Matter?

Cores are the number of processors built in with the CPU. These days you should aim for at least four cores, or what is known as “quad-core”. Your resource intensive tasks like gaming or video editing will require better processors, but most of the time four cores is enough.

One of the biggest things to keep in mind is that using last generation’s CPU isn’t going to save you much money, but as long as you get something that has come out recently, you shouldn’t have too much trouble.

We hope you found this guide to CPUs useful. We continue the PC buyers guide Friday with a look at memory. If you want immediate help with a computer acquisition, contact the IT pros at Catharsis Managed IT Ltd today at (416) 865-3376.

LinkedIn
PrevPreviousTip of the Week: Maintain and Backup Your IT
NextOur Comprehensive Guide to Purchasing a New Computer, Part IINext