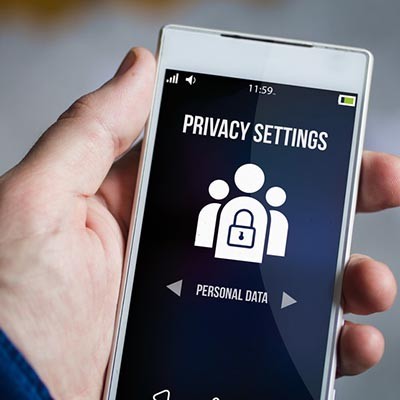 Protecting your business’ data is no simple task. To make it as secure as possible, you’ll have to understand how personal data flows through online channels. We’re digging pretty deep with this one, so get ready for an informative and, if nothing else, interesting read. This topic is especially important in an age where Facebook and Google exist, but there are countless other threats to data privacy out there that we all experience on a regular basis–business or not.

DISCLAIMER: This article is written from the perspective of someone who is a heavy user of technology. We might be passionate about its use in a professional environment, but this doesn’t mean we can’t be critical of it, too.

Have you ever received a call from a robocaller? You’re not alone; some of us receive upwards of 10-to-15 robocalls on our personal cell phone a day. The product they offer will vary, but for the sake of this article, let’s say it’s health insurance. The company might not be local, but the number they are dialing from is a local number. Already sounds fishy, doesn’t it?

These aren’t the only calls you might receive. Sometimes they might be from the government to collect taxes, or they might be from a car insurance company to inform you of your car’s extended warranty. The list goes on and on, but one question remains the same: how do these robocallers get your contact information in the first place?

What’s the Big Idea?
The robocallers are probably just using an auto-dialer to cast a wide net and maybe get a couple of catches, but this doesn’t excuse the behavior. It’s actually a huge enough issue that the FCC in the United States has been attempting to convince carriers to get the problem under control. While the numbers might look local, the robocallers are likely spoofing numbers based on the device’s area code. But the story doesn’t end there.

Robocallers are able to collect location information, as well. You may have noticed this, too, while out and about at a conference or other situation that requires you to travel. The callers will appear to come from locations that you have previously traveled to. Quite unnerving, to say the least.

How Far Does It Go?
It’s simple in theory – a robocaller can dial millions of random numbers – and can track the ones that are real, scraping public lists to get important information about users that might be found in any given area. Credit bureaus may give away information, and websites or local charities might have a cache of information attached to them as well. But if these callers are able to collect real-time location data, well… there must be something else going on.

Is It Your Cell Phone Carrier?
At this point, you start to suspect the people providing your cell phone service are the one’s disseminating your information. After all, they track the location of the device, even without using GPS, through the use of tower triangulation between cell towers. This isn’t the main issue, though; four major carriers in the United States and some in Canada have been selling location data to a company called LocationSmart for years without the consent of the consumer. This was only recently discovered (May 2018) when a Missouri sheriff was charged with using this data to track a judge and several members of the state highway patrol.

Simply Put, Your Apps Know Too Much
The apps on your phone are pretty telling. You can tell who is a big fan of reading or audiobooks, or even who likes mobile games or particular news sources. You can even tell a lot about someone by looking at what kind of news sources they use. Social media also doesn’t help much, either, as it collects a considerable amount of information about the user. There isn’t anything wrong with an online service collecting data to make a better user experience. The perfect example of this is Google’s search engine, which will use location to deliver local search results based on your history and the device used. Even websites that aren’t mobile-friendly will be less likely to show up on a mobile device.

It’s likely that the future will hold more ways for user data to be taken advantage of, though the real danger comes from the data being shared without the user’s consent or knowledge. To find out how you can protect your data while protecting yourself, check back later this week for part two of this thorough examination of data privacy.