How Word Got Around in a Galaxy Far, Far Away 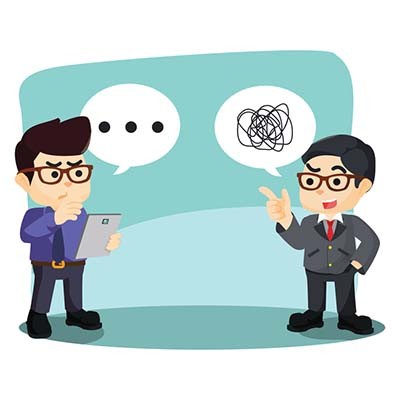 Science fiction is filled with incredible technology, especially in terms of how the characters communicate. This is especially true in the epic space opera Star Wars. Fortunately for viewers like you and me, some of the communication devices and technologies used a long time ago, in a galaxy far, far away, may not be so far off.

The Bantha in the Room
Admittedly, a lot of the technology in Star Wars seems pretty consistent throughout the series. From the time that we meet the young Anakin Skywalker to the time his grandson Kylo Ren appears on screen (a span of 66 years or so), the devices and processes used by the characters seems to remain largely unchanged. This is especially true of the communications devices used throughout the series.

This leaves us with a considerable question that remains unanswered – why is it that nothing seems to advance in the Star Wars universe, including their communications technology?

There are a few possible answers to this.

First, consider the frame of reference that we, as an audience, are given throughout the story. Star Wars is focused around, well, a civil war, with the majority of its other settings being desolate deserts, ice planets, and swamps. None of these places are ideal for technological innovation. Therefore, we have a limited scope of perception that we need to take into consideration. It is entirely possible that, while we were focused on the battlefields, the more well-off planets were demonstrating more advanced and aesthetically pleasing consumer tech – and that this tech simply didn’t survive the oppressive regime that the story sees rise.

Of course, there is a second possibility. Turning back to our experience, consider the wheel. Despite it being one of the oldest pieces of technology ever developed by humankind, it has remained fundamentally unchanged in design. After all, it works, doesn’t it?

The same could perhaps be said of the communications technology utilized by the characters of Star Wars, especially considering the wartime setting that the story takes place in. As long as the technology works, the aesthetics of it are irrelevant.

How Word Travels
There is also no shortage of tools in Star Wars that allow the characters to communicate with one another, and while the concepts aren’t perfect, they are still fascinating to consider.

Consider for a moment one of the biggest gaps in communication that can be seen in our world: language. Language barriers are a non-issue in Star Wars, as long as you have a protocol droid alongside you. As C-3PO is only too willing to announce, it is knowledgeable in over six million languages. This makes its translation skills unmatched.

Furthermore, R2-D2 and many other droids in the series demonstrated a universal connector port that allowed for access to more or less any computer in the galaxy. This suggests a capacity for universal connections that all follow a similar protocol, the appeal of which would not be lost on anyone who has dealt with keeping chargers and connector cables for different devices organized.

Furthermore, there’s another communications technology in Star Wars that has long been admired, the existence of holograms. Not only could these be used live to allow face-to-face communication, they could be used to record messages for future reference and pleas for Obi-Wan Kenobi’s help. The HoloNet allowed these messages to be transmitted across the galaxy at speeds that apparently rivaled those of light, enabling communications between entire groups of people (or Jedi Councils) to be live-streamed on another level than what we see today.

However, that may soon change. MIT Media Lab researchers have theorized about Internet-transmitted holograms that could be used to enable telecommuting, via a device that just so happens to be about R2-D2-sized.

While we have a long way to go before we can communicate the way that they did so long ago, so far away, the technology we have at our disposal now shows promise. What kinds of communications would you like to see jump from Star Wars to the business world? Share your thoughts in the comments! May the fourth be with you!